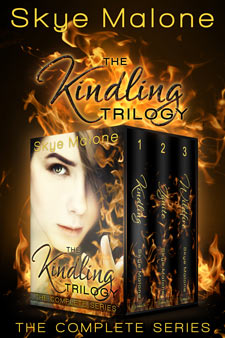 The magical world is coming for you.

On her farm in rural Montana, Ashley believes she has a normal life. Sure, her father is gone a lot and her childhood is a mystery. But life is good.

Until one night everything changes.

Masked men with impossible abilities attack her home, burning everything and killing all in their path. A strange boy named Cole comes out of nowhere on a frantic mission to save her. She’s thrust into a world she never knew existed—a world of dangerous secrets, gun-wielding saviors, and magically adept villains who look just like everyone else.

But the threat doesn’t end there. The people who burned her home are hunting her for a dark and deadly reason, one that goes deep into a past she’s never been able to remember. One that means they will stop at nothing to find her.