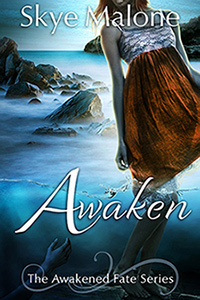 Book One of the Awakened Fate series

Running away from home was never Chloe Kowalski’s plan. Neither was ending up the target of killers, or having her body change in unusual ways. She only wanted a vacation, someplace far from her crazy parents and their irrational fear of water. She only wanted to do something normal for once, and maybe get to know her best friend’s hot stepbrother a bit better at the same time.

But the first day she goes out on the ocean, strange things start to happen. Dangerous things that should be impossible. Things to which ‘normal’ doesn’t even begin to apply.

Now madmen are hunting her. A mysterious guy with glowing blue eyes is following her. And her best friend’s stepbrother seems to be hiding secrets all his own.

It was supposed to be a vacation. It’s turning out to be a whole lot more. 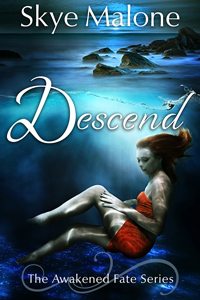 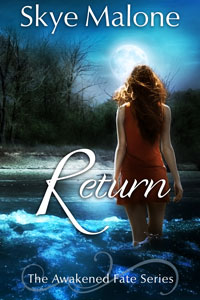 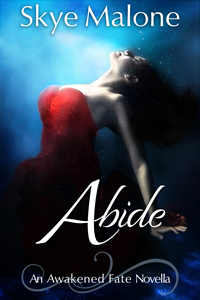 Life in her underwater home of Nyciena has always been fun and games to Ina Ociras, until now. Her brothers are missing. Her father is gone. The adventurous party girl is fighting just to keep her family from falling apart, all while avoiding Egan, the guy who committed the one crime she can’t possibly forgive.

But when she receives a message that changes everything, Ina suddenly finds herself embroiled in a conspiracy more horrifying than she could have imagined. One that strikes at the heart of her kingdom, and one that could destroy her family once and for all. 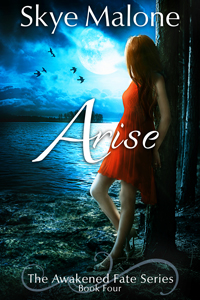 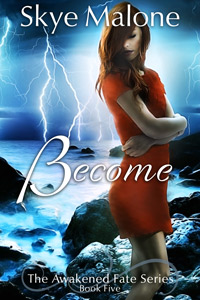 After barely surviving another attack on her life, Chloe has only one option left. Magic given to her by the wizard Joseph offers her the chance to save the world from the ancient enemy she faces, but only if she sacrifices her ability to become a mermaid or else leaves the land behind forever. With no control over which side of her heritage she’ll become, Chloe may lose everything, including the two guys who both have claimed her heart.

But when a desperate message arrives, the stakes become even higher. Zeke has been captured. The Sylphaen surround him. And if Chloe tries to save him, Zeke’s brother promises to make certain she dies.

One that will change her life forever. 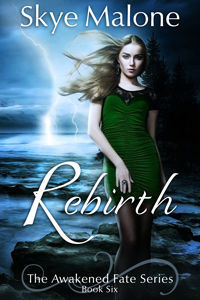 Ari Moreau knows all about dehaians, but they’ve never heard of people like her. Hidden in plain sight, the wizards of the ancient world still thrive, rich and privileged and far from the ocean magic that could kill them all.

But when an evening party turns into a bloody dehaian ambush, Ari’s hidden world is shattered. Assassins from the underwater kingdom of Yvaria have come to kill her people and only the last-minute intervention of a gorgeous boy with inexplicable powers saves her life.

Two worlds are about to collide…

But the guy who rescued her shouldn’t exist. He’s impossible in every sense of the word. And the truth of his identity means that nothing in Ari’s life will ever be the same again.