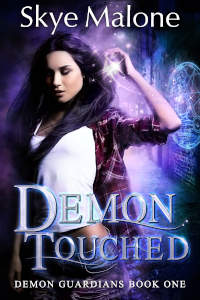 Book One of the Demon Guardians Series

Demons are real.
And now I’m one of them.

I never expected my boring, regular life to change on a night out with my best friend. I only thought I was going to celebrate her birthday at a local club, not end up in a hospital after witnessing supernatural events that couldn’t possibly be real.

Talk about being wrong.

Now I’ve drawn the attention of the most dangerous forces in the demon world. I’m being stalked by a guy who can be in multiple places at once. I’m overwhelmed by a hunger I can’t shake—an impossible hunger that compels me to feed off the sexual energy of others, even if it might make me kill somebody. I’m losing control and entering a secret world that exists in the shadows of my own—a world filled with vampires, werewolves, and demons who look just like anyone else.

The night was supposed to be simple. Normal. After all, I thought I was human and my life thus far has been unbelievably ordinary.

Now it’s anything but. 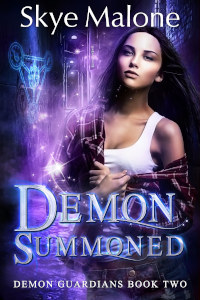 Demons have changed my life forever, though mostly they’ve just torn it apart. In the space of a week, I’ve become the target of the most powerful forces in the demon world and nearly lost my best friend to a madness that would have consumed her mind and soul. Even my own magical abilities are barely in my control.

But when a strange man from a secret society of demons finds me, everything becomes even more complicated. He claims my life is in danger. He says he can help. His group holds the key to my identity, my history, and my place in the supernatural world. But he also brings me a warning: for my own safety, trust no one.

Especially not Amar, the sexy and mysterious guy I’ve fallen for.